Growing up I could always count on three things in our family medicine cabinet: rubbing alcohol, Vicks Vapor rub and a bottle of witch hazel. Everything else was hit or miss. Looking for something to relieve a headache? Don’t hold your breath.  Need a band aide? Well, chances were we’d have a few tiny butterfly ones that were too small to actually cover the cut or we’d have a couple of giant ones, anything in between and you were probably better off just pressing a wash cloth to the cut until the bleeding stopped.

Just make sure it wasn’t one of the good wash cloths.

Witch hazel however was trotted out of the medicine closet for anything that didn’t need the fiery cleanse of rubbing alcohol. Acne break out?  Here’s a cotton ball and the bottle of witch hazel. Unexplained rash on your arm that might or might not be poison ivy? Try the witch hazel and if it doesn’t clear up, we’ll see a doctor.

Witch hazel  and Vicks were the scents of all my childhood ailments. Sure, when real medical help was needed we went to a doctor, but for everything else there was witch hazel. we needed no calamine lotion or any of the other creams and ointments that cluttered up the medicine cabinets of my friends. No! we had witch hazel. It did everything.

So of course when I moved out on my own, I never bought the stuff. My medicine cabinet was witch hazel free for years.

Then I met my love and when we combined households I found that his medicine cabinet contained a bottle of aspirin, a bottle of NyQuil so old I’m sure it morphed into something else entirely which is why it went directly into the trash, and a bottle of witch hazel. After throwing away his toxic cough syrup, I wasn’t going to say anything about the witch hazel. I just moved it into the cabinet.

Not that I actually have anything against it. I actually like witch hazel. It helped me through many a teenage acne based crisis.

I just thought of it as the kinder cousin to rubbing alcohol. It stung less and that was it.

But once again it was in residence in our medicine cabinet. The product in the bottle disappeared and was replaced on a routine basis and I wasn’t using it, so I know my baby did.  When I asked he said it helped with the inflammation from in grown hairs and razor burn. (He has curly hair.)

Still I didn’t use it, I was just happy it was being used and not just taking up space.

Then came the display.

In our Target there was a display of Thayers’ Witch Hazel Facial Toner. You may have seen it.  You may have walked past without noticing it.  Except for the red cap, it is easy to miss.  It certainly isn’t a flashy looking product. It is very easily over looked in the beauty aisle. I’m also certain the red cap is new and added when they started adding the rose petal scent to it. If you don’t have a history with witch hazel, you probably just walked right past without thinking much of it.

In reality, the large display probably wasn’t up any longer than any other display, but once I saw it, I couldn’t stop seeing it.  I saw it on end caps, I saw it on the shelf. And finally I saw it in my basket as I could not resist any longer.

I was also out of toner.

When I got it home the first thing I did was open it up and take a sniff.

The scent of the product is very light.  There is the slight tinge of the witch hazel I remember from childhood and there is a hint of rosy sweetness.  In reality the witch hazel scent seems to cancel out the rose one so there is hardly any scent at all. I know there are other ingredients included but they are all more or less mixed into the witch hazel from what I can tell. It is the base.

So into the bathroom the toner went to wait by the sink until it was needed.

And to the computer I went to look up witch hazel and see if my childhood cure all remedy actually did anything.  It turns out it does. According to an article on Healthline, the eight benefits of witch hazel are: to relieve inflammation, reduce skin irritation, treat hemorrhoids, fight acne, alleviate scalp sensitivity, soothe sore throat, protect against skin damage, and ward off infection.

While I can’t speak to the hemorrhoids or the sore throat (we only used it topically and for sore throats you put it in tea apparently), the other uses were all a part of my childhood.

I’m still not entirely certain it is the miracle cure my grandparents and parents claimed it was, but the Healthline article, and others I read after impressed me.

Perhaps there was something to this after all.

So the next morning I tried the Thayers’. The day before I spent time in the sun so my cheeks were a little red.  The slight burn was soothed, and my skin felt great after. While I was at it, since I had a spider bite, I rubbed in on as well and the bite stopped itching, just like when I was a kid.

I kept using the witch hazel (I’m at about a month now) and as you can probably see from the bottle, I am about halfway through it. I’ve been using the small, deluxe sample sized bottle. While I picked it up to try and was content with the smaller bottle, I didn’t actually see a larger bottle on the shelves, so possibly even though it looks like a deluxe sample, it may be a full sized one.  I personally like the size as I can easily travel with it.

After using half of the bottle, I can honestly say I will be buying this again when it gets close to running out.  In fact, I believe this may become a staple in my routine. It soothed any irritation I had on my skin and oddly enough reduced the size of my pores.  Along my nose it was especially noticeable. In all fairness I don’t think it actually shrunk them, I think it just cleaned them out so well that they are less noticeable. But the effect is the same. It also took out a lot of the redness and irritation from a minor break out I had when I started using the toner. Oddly, I haven’t had another break out since starting to use it. While I don’t think it is solely responsible, I think it might be a contributing factor.

And with the rose petal scent, or lack of scent, it doesn’t remind me of my childhood medicine cabinet.

Except for the old man on the label. He doesn’t actually look like anyone from my childhood, he just looks like an older man who would preserve the ‘old ways’. In fact I think he would say it so it sounded like it was typed in all caps, ‘THE OLD WAYS’.

I keep expecting him to turn and look at me and say, ‘I told you so’. And then maybe stick his tongue out at me. But hey, it’s a small bottle and I can easily turn it so that side of the label isn’t looking at me. Given how much I like the product, I’m willing to do that. I just have to be prepared for my mother’s crow of triumph when she sees the witch hazel in my travel bag. Her, I can’t turn towards the wall.  Still, the product is definitely worth it. So I’ll go ahead and say it now.

I was wrong.  Witch hazel is awesome. And so is Thayers’ Facial Toner. Spring Cleaning Refresh! Now through March 31th take 60% off select cleansers! PLUS an additional gift of a Super-Sized Water Drench Cleanser with any purchase of $100 or more! Use code PTRSPRING at checkout. While supplies last. 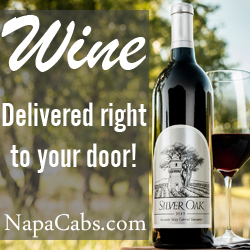