This is my second month of this subscription.  The first month was a lovely black set of underwear that had a subtle detail.  While I was impressed with the quality of the undergarment when it arrived, I have now washed and worn it several times and I have to say the quality still remains.  There are no loose strings or coming apart at the seams. I was very impressed.

So how does my second month stack up to the first?

Very well actually.  This month I received a pair called Celeste from Peche.  When I looked the company up, and managed to convince the computer that I did not in fact mean peach, I found the company offered a pair almost identical to the set I received (different color) for $30. Which is of course double what I paid in my subscription.

Before I wear any new underwear, I wash them.  I know they come sealed not only in the outer packaging, but inside an inner plastic package as well, but I still always wash underwear before putting them on.  Before washing these looked very nice, if a bit rumbled from shipping.

There were no loose strings, all the seams were straight and correct and there was no damage to the underwear.  I know that sounds like a lot of inspection, but I wanted to make certain they were in good condition before they went into the wash.

Both the material of the garment, as well as the lace decoration are soft material that will wear well against the skin.  According to the label the body of the underwear is 76% nylon and 24 % spandex and the lace is 82 % nylon and 18% spandex. It is also a lovely lavender color. (The camera tended to wash it out to a pale pink, but id you look in the top photo you can see it is lavender).

I was actually pleasantly surprised actually.  Usually I expect everything in February to be geared towards pinks and reds.  The pastel lavender was a very pleasant surprise.  Not that I don’t like pinks and reds, but it was nice to see something different. Although they do have valentine’s day packs avaialble.

When looking in the member store I spotted the celeste in both the Curvy Weekender Three Pack and in the Best Week Ever Seven Pack. Both sets looked really nice actually. One of the reasons that I chose this underwear subscription out of the multitude of underwear subscriptions available is because of the size selection.  For many of the subscriptions I was simply just not within their size range.  For the Underclub I looked at their size chart, realized I fit into it and joined.  I still expected the underwear to end up being cut a little small, but it is not.  Both last month and this month fit perfectly.

For me if I know I am wearing pretty underwear I feel pretty all day.  In fact, underwear and perfume are the only two things that can do that for me. If those two items make me feel good then it doesn’t matter if the wind swirled through my hair and the wings of my eyeliner are lopsided, I feel pretty.

I love the fact that Underclub’s sizing lets me do that now.  I may be losing weight for my health, but I like feeling good about myself at whatever weight I am.  I shouldn’t have to be thin to enjoy either my body or pretty underwear and I love that Underclub’s front page tag line: Designer Underwear for Every Body, Every Month, makes me feel included instead of like an afterthought. I also love that the women modeling the underwear also come in a variety of sizes as well and don’t all fit into the ‘standard underwear model’ category of woman.

A good pair of underwear makes me feel pretty, being included instead of feeling like an afterthought makes it feel fun. Add in the fact that I like the underwear I’ve received, and I can see myself keeping this subscription for a long time to come. Personally, I can’t wait to see what they send my way next month.

LIMITED TIME ONLY!
Add a FREE bralette to any new subscription with code FREEBRA 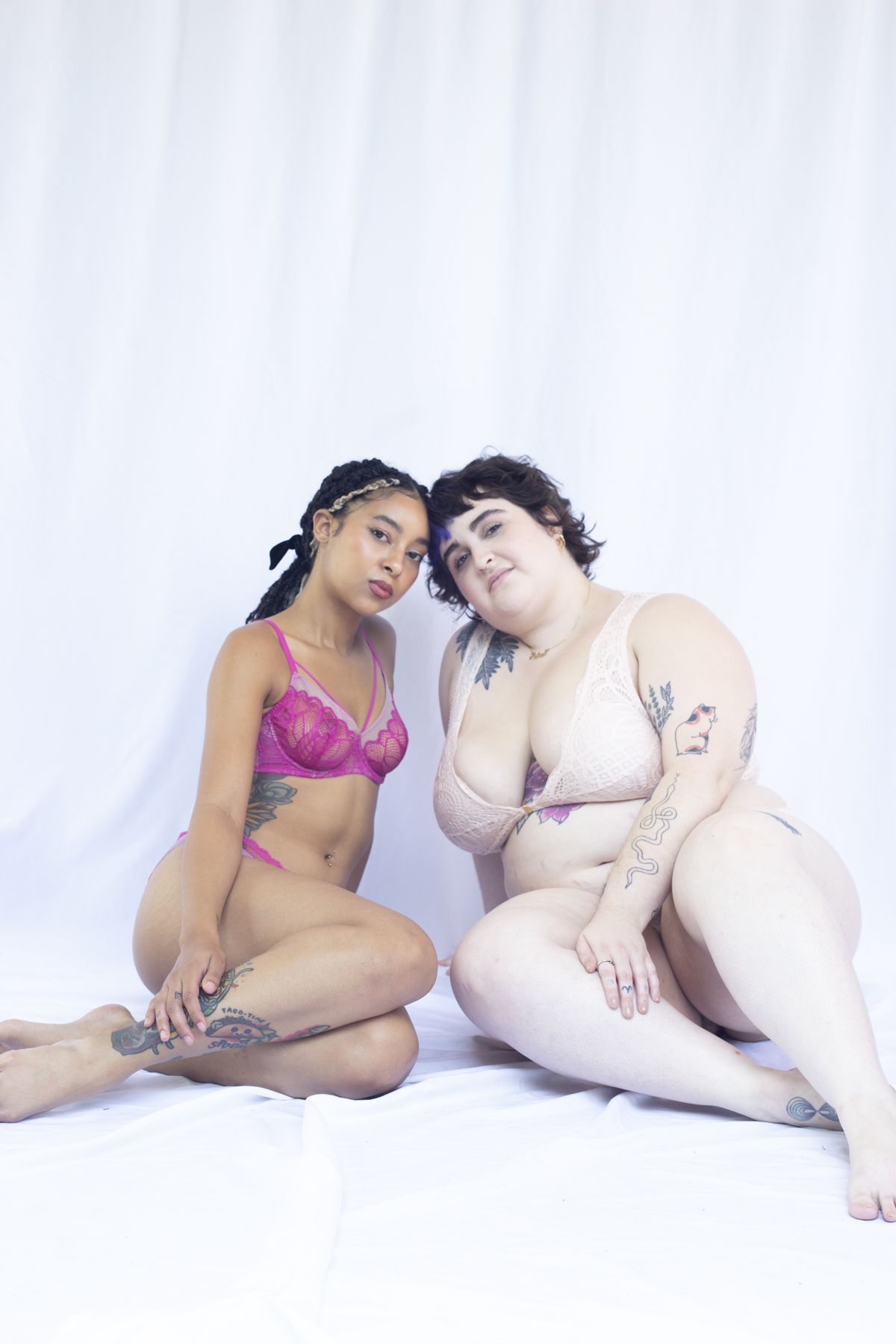 Have you ever thought a foundation wasn’t really a good one for you and then realized it was your application that was the issue? That happened to me with the #bitebeauty change maker supercharged foundation. The brush wasn’t working so I switched to just a makeup sponge and it is like a completely different product. I am stunned and really loving how it feels and looks on my skin. I am so glad it was in my #boxycharmpremium and I will repurchase as soon as I run out